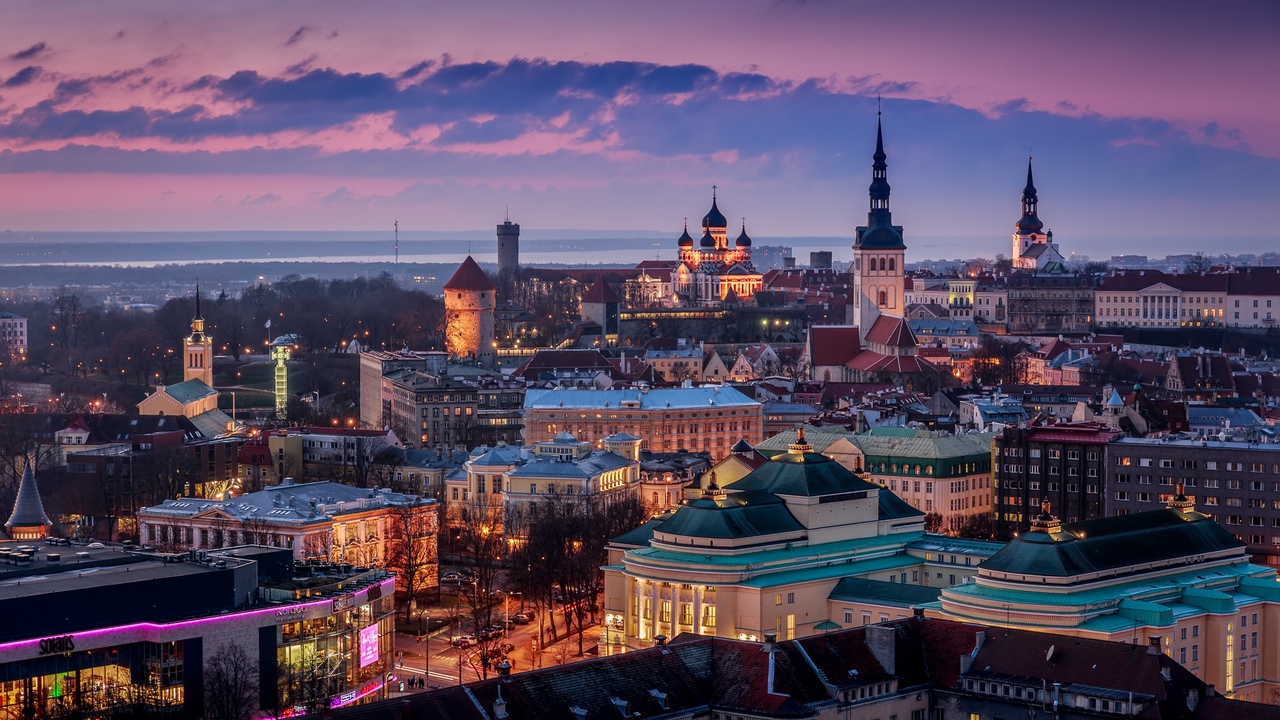 Accommodation at the hotel

Tallinn’s Old Town is one of the best preserved medieval cities in Europe and is listed as a UNESCO World Heritage Site.

Your introduction to the old town begins with visits to the most interesting and significant sites of Lower and Upper Old Town, each with their own history.

Admire the picturesque Lower Town, the fortified medieval Town Wall with many towers, the impressive over 600 year old Gothic Town Hall, the Town Hall Square and Town Council Pharmacy, which is the oldest continuously functioning pharmacies in the Europe. The path will bring you to the Upper Town, known as Toompea. Here you can take a look at the elaborately decorated Alexander Nevsky Cathedral – the largest Orthodox church in the city, the Houses of Estonian Parliament and one of the oldest churches in Estonia the Dome Church. Experience the magnificent panoramic views from Toompea Hills over the Lower Town and the rest of the city of Tallinn.

Visit Dome Church (Cathedral of Saint Mary the Virgin). Nowadays it is the most important Lutheran church in Estonia.

Visit St. Olaf’s Church – the highest church in medieval Europe, took its name from the sainted Norwegian king Olav II Haraldsson. The church was first mentioned in 1267. It became one of the main churches in the Lower Town and formed its own congregation, which at first mostly comprised Scandinavian merchants and craftsmen and few Estonians.

Visit Gauja National Park, the largest national park in Latvia with an area of 917.86 km².

Visit Castle Turaida, a recently reconstructed medieval castle, which was known as “Land of Peace”.

Visit St. Peter’s Church, a Lutheran church, dedicated to St. Peter. It is a parish church of the Evangelical Lutheran Church of Latvia.

Visit House of Blackheads on Town Hall Square. The original building was erected during the first third of the 14th century for the Brotherhood of Blackheads, a guild for unmarried merchants, shipowners, and foreigners in Riga. The building was ruined during Worls War II. It was rebuilt between 1996 and 1999 and nowadays the House of the Blackheads is a fascinating museum.

Visit the Dome Cathedral, it is considered the largest medieval church in the Baltic region. The church houses the largest organ. It plays 116 voices, 124 stops, 144 ranks and 6718 pipes.

Arrival to Rundale Palace, is one of the two major baroque palaces built for the Dukes of Courland. The palace was built in two periods, from 1736 until 1740 and from 1764 until 1768.

Vilnius is the capital of Lithuania and definitely one of the most vibrant and unique cities in Baltic. Historically, it was formed in 1236 by Lithuania’s first and last king, King Mindaugas.

During the tour you will see St. Peter and St. Paul’s Church, the Hill of Three Crosses, and the Cathedral Square. In the Old Town you will visit the Vilnius University ensemble, the Town Hall Square, St. Anne’s Church, the Orthodox Church of the Holy Spirit, and the Gate of Dawn.

Visit Trakai Castle. Trakai is well known for its unique lakes and the medieval castle complex that was revived from its ruins in the last century. Senieji Trakai and Naujieji Trakai Peninsula and Island Castles are the main features of the region, and today they reflect not only the material, architectural, but also the spiritual heritage of Lithuania. During the years of formation of the Lithuanian state, Trakai was one of the most important political and military cities.

Visit Curonian Spit National Park, which is jointly administered by Russia and Lithuania, listed as a World Natural Heritage in 2000. W

Visit the Dancing Forest. Located on the thin Curonian Spit that splits the Curonian Lagoon from the Baltic Sea, lies one of the strangest natural phenomena on Earth. Known as the Dancing Forest by caretakers of Curonian Spit National Park and as the Drunken Forest, by locals, this unusual pine forest is made of trees of various shapes, most of them twisted in circles and spirals, along the ground.

Arrival to Kaliningrad. Kaliningrad became a city of Russia in 1946. To commemorate the Soviet Prime Minister Kalinin, this city is named after him. Kaliningrad is famous for rich amber resources.

Visit Koenigsberg Dome. It is a Brick-Gothic-style monument located on Kneiphof island in the Pregolya river. It is the most significant preserved building of the former City of Koenigsber, which was largely destroyed in World War II.

Visit Amber Museum and learn about the history of amber in Kaliningrad region. The amber museum was established here because near the town of Yantarnoye there is the largest deposit of the Baltic gem – more than 90% of the world’s reserves.

Visit State Hermitage Museum(Winter Palace)– one of famous museums of the world.There are over 2.5 millions world famous paintings and precious collectibles. Alexander Column is a memorial column for beating Napoleon down.

The Yusupov Palace is a unique 18th-20th century architectural ensemble and a cultural and heritage site of federal significance acclaimed as the “Encyclopedia” of St. Petersburg aristocratic interior. The history of the Palace and estate dates back to Peter the Great’s epoch, the time of foundation of the Russian “Northern capital.” It took almost two centuries to build the estate. Five succeeding generations of the Yusupov princely dynasty owned the estate and the Palace from 1830 to 1919. Many glorious moments of Russian and St. Petersburg history are associated with the residence of the Yusupov family on the Moika River.

Arrival to Moscow and accommodation.

In the evening enjoy the Circus show.

Visit Moscow Kremlin, initially built in the 14th century, is a large, red-walled fortress in the very center of Moscow. The Kremlin’s walls house religious icons like Assumption Cathedral, Archangel’s and Annunciation Cathedrals, and the Patriarch’s Palace. The Kremlin is also the residence of the President of the Russian Federation.

Visit The State Tretyakov Gallery is an art gallery in Moscow, the foremost depository of Russian fine art in the world.

The gallery’s history starts in 1856 when the Moscow merchant Pavel Mikhailovich Tretyakov acquired works by Russian artists of his day with the aim of creating a collection, which might later grow into a museum of national art. In 1892, Tretyakov presented his already famous collection of approximately 2,000 works (1,362 paintings, 526 drawings, and 9 sculptures) to the Russian nation.

Take your flight back home