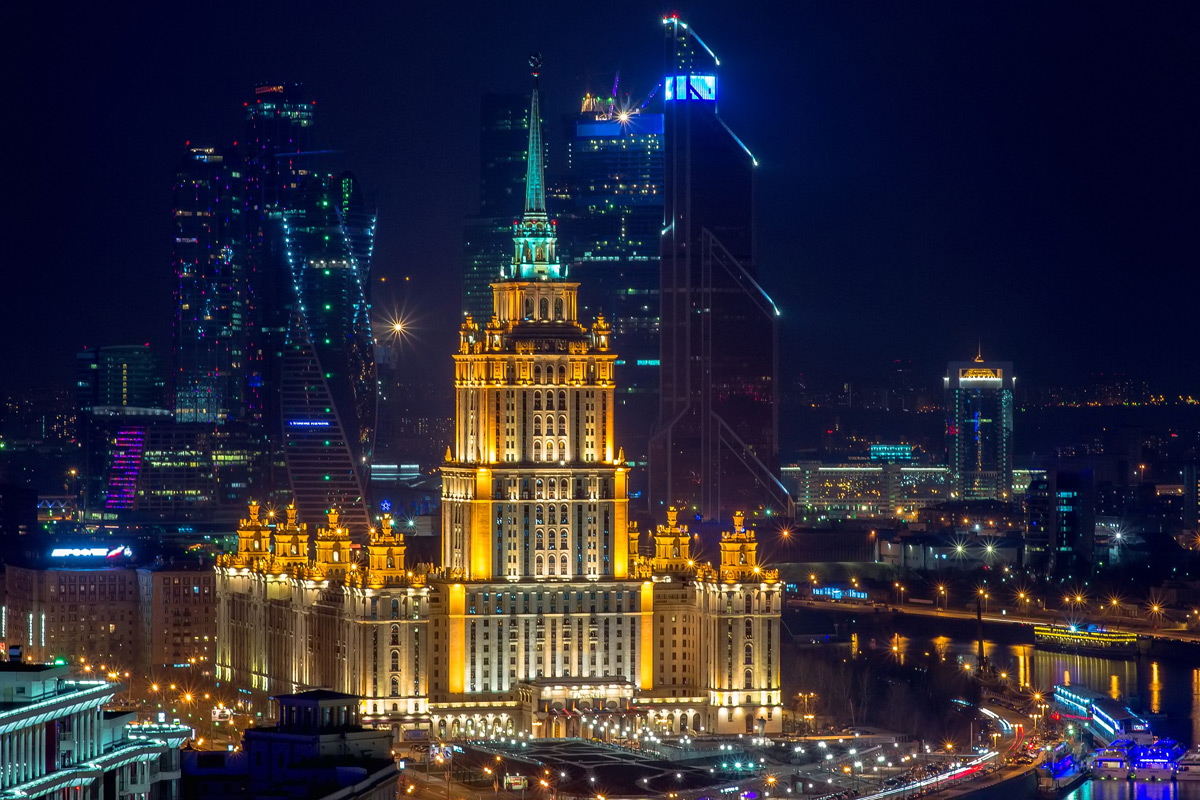 Arrival to Moscow and transfer to hotel

Circus – The Russian circus has a history of more than 200 years and enjoys the reputation of “Russian pride” and “the bridge of the Russian nation to the world”. It is also listed as the three major artistic treasures of Russia .

Zaryadye Park Moscow’s first public park, covering an area of 10.2 hectares, with churches, theaters, hotels, multimedia centers, and simulated natural landscapes of the four climate in Russia. In addition, the 70-meter “pontoon” has become a unique landmark on the Moscow River.

Izmailovsky Art Market is located in the suburbs of Moscow. It is an open-air large-scale market. There are variety of exquisite Russian handicrafts. It is one of the world famous flea markets.

The Moscow Metro has a reputation as an “underground palace”, built during the Stalinist period. Each station has its own unique artistic style and magnificent architecture, which is a must-see for visiting Moscow.

Tsaritsyno was the villa of the Tsar Catherine the Great. In addition to the palace, there is also an opera hall and a large-scale royal garden.

Wooden Palace is known as the eighth wonder of the world. The palace was built by the father of Peter the Great, Alexei I. It was ordered to be demolished by Catherine in the 18th century. Until the 1990s, Russian government ordered reconstruction based on archaeological and historical research. In the era of Tsar Alexei I, the palace was not only the main national residence of the Russian emperor, but the place for diplomatic reception of foreign guests.

Peterhof or Summer Palace – the summer palace with the reputation of “Russia Versailles” was founded by Peter the Great in 1709. The groundwater supply here is abundant, so the gorgeous fountain landscape is well known.

Shlisselburg is a town in Leningrad Oblast, Russia, located at the head of the Neva River on Lake Ladoga. A wooden fortress named Oreshek (Орешек) or Orekhov (Орехов) was built by Grand Prince Yury of Moscow (in his capacity as Prince of Novgorod) on behalf of the Novgorod Republic in 1323.  Peter renamed the fortress to Shlisselburg, a transliteration into the Cyrillic alphabet of Schlüsselburg. The name, meaning “Key-fortress” in German, which refers to Peter’s perception of the fortress as the “key to Ingria”. From 1944 to 1992, it was called “Peter’s Fortress”. Its castle and old town are the historic centres of St. Petersburg and part of the world’s cultural heritage.

Hermitage (Winter Palace). It is one of famous museums of the world. There are over 2.5 million world famous paintings and precious collections. Each of the halls inside is graceful and elegant, and fully reflects the architectural art and skills of the Russian people.

Nevsky Avenue – main street of St. Petersburg, it is more than 4 kilometers long. The buildings on both sides of the street are 1-2 hundred years old.

Kazan Cathedral was built in 1801 and completed in 10 years. The semi-circular column promenade highlights its grandeur.

St. Isaac’s Church Located in St. Isaac Square, where the center of St. Petersburg. The golden dome of church can be seen from the Gulf of Finland. St. Isaac’s Church took about 40 years to build, and the interior three-story iconic wall is decorated with gold, malachite and blue ore decorations, which is worth a look!

Church on Spilled Blood – the place where Alexander II was assassinated here in 1881, because of advocating the abolition of serfdom. His son built a church at this place to commemorate his father.

Senate Square A bronze knight on the square faces to the Neva River. It was cast in 1782 by Catherine the Great to pay tribute to Peter the Great.

Peter and Paul Fortress Fortress is the birthplace of St. Petersburg. The main building is Peter and Paul cathedral built with a 122.5-meter-high gold-plated dome, and almost all Russian tsars are buried in the church.

Take flight / train to head back to Moscow

Kremlin symbolizes the power center of Russian, which has been associated with all major historical and political events since the 13th century. This palace is the most famous historical monument and one of the most beautiful architecture in the world.

Red Square Moscow’s most representative city symbol: “Red” means “beautiful” in Russian. The St. Basil’s Church on the Red Square is the first impression of many people on Russia.

The Cathedral of Christ the Savior After the Napoleonic Wars, it was ordered to built by Tsar Alexander I, in order to thank the Christ the Redeemer “to save Russia from failure” and to commemorate the Russian people who died in the war.

Transfer to the airport to take your flight back home.